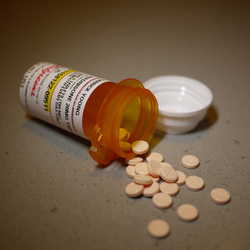 Nowadays it seems that the first and only option towards overcoming some sort of illness or discomfort is through the use of medications. For example, if you have a severe headache you'll probably consider taking Tylenol or Advil, rather than hydrating yourself or resting your body. Same can be said about cancer treatments. When it comes to cancer, chemotherapy drugs may seem like the most effective treatment option. After all, chemotherapy drugs are effective at eliminating fast-growing cancer cells. Although this may be true, Chemotherapy drugs also target healthy cells and depending on the location and dosage can lead to harsh or possibly lethal side effects. These side effects include nausea, vomiting, hair loss, weakening of the immune system, and even depression. Granted that chemotherapy weakens the immune system, the body is prone to infection and further health issues, which can lead to symptoms more severe than the cancer itself. With this possibility, doctors often recommend taking other drugs to help combat the side effects leading to an endless circle of drugs and side effects.


So why then are chemotherapy drugs often use as the primary treatment for cancer, rather than the cheaper and less harmful herb? Well think of it like this. Let's say that you went to the electronics store in pursuit of purchasing a camera. The sales associate wouldn't first show to you the cheap disposable cameras, instead they would present to you the newest and most expensive model, then work their way down to a model you can afford. In this analogy, the doctor would be the sales associate and the patient would be the customer looking for a camera. This is the unfortunate reality because the drug industry is a booming business. Infact, the drug industry is a multi-billion dollar business! 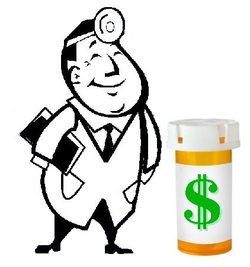 The prices of drugs continue to increase yet it's effectiveness are barely parallel with its prices. According to a report by Public Citizens "During 2002, the drug industry increased prices by an average of 4 percent– almost double the rate of inflation. (Of the drug industry's 12 percent sales growth in 2002, 5 percent came from an increased volume of prescriptions- and a meager 3 percent came from the introduction of new drugs.)" Furthermore "From 1989 through 2000, the FDA approved 1,035 new drugs. Of those, only 248 (24 percent) were given priority review by the FDA – an indication that the drugs represented a significant improvement in treating or preventing disease. That means that only 24 percent of the drug approvals over the 12-year-peiod were considered to be significant improvements over existing remedies."


All in all there are still physicians like Eli Jones and Mitchell Gaynor who recommend herbal medicine to their patients. American Eclectic Physiomedical Physician, Eli Jones, is firmly against the mainstream methods of treating cancer. He believes that surgery aggravated the cancer and stimulated it to grow at a faster pace. Consequently, surgery may alter the body's functions and weaken the whole body. Furthermore, Eli jones views towards chemotherapy and radiation therapy are quite similar from observing the weakness and fatigue coming from his patients after being treated with these toxins. When considering oncologist Mitchell Gayner, she was able to preserve the lives of his patients after they were told they had only a few months to with through the use of herbal remedies.